Spruce Mill Farm may be a new farm, but really, it is a revitalized farm in a way.  When we first moved in, we found a couple prints of the original farm house that burned in the 1960’s.  We also discovered the old farm dump and are still digging up ‘artifacts’ when we’re cultivating the ground!  We knew the property was a former farm but didn’t know much about it until we went asking our neighbor. 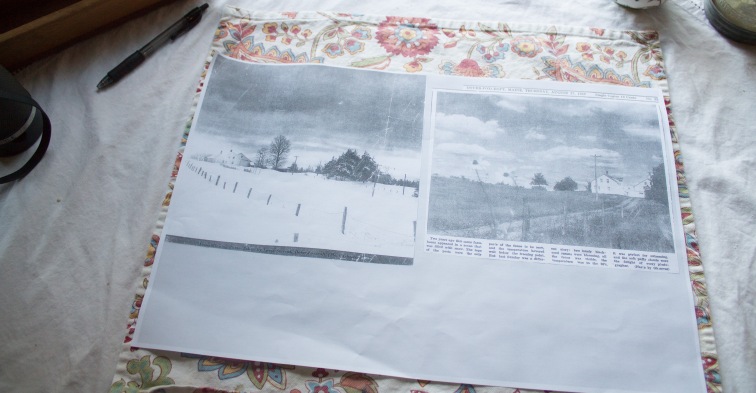 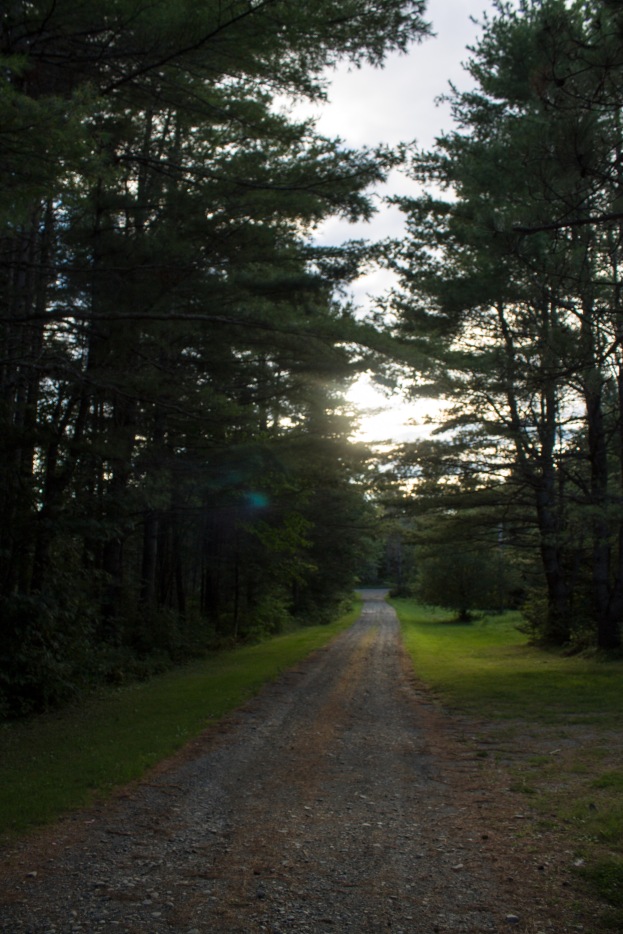 Charlie Shaw moved here when he was 11 years old with his family from Aroostook County.  He grew up on a farm on what is now Shaw Road, named after his family.  He’s been a wealth of information as well as a good friend! When we first moved in he came by to greet us and ever since rides his four-wheeler down the railroad bed about once a week to check out what’s going on.  He stopped by this afternoon to bring the pigs some old cucumbers and I was able to ask him some questions about the last farm that was here.  His face lights up when he tells us about how the ‘old days’ and how back then there were only 5 farms on the line road.  “Vernon Bridges” he said was the farmer.  He and his wife Rowena milked 12 cows, grew grain and potatoes.  They also didn’t have electricity on our road until the 50’s.  When I asked him how they cooled the milk in the summer he reminded me that people would harvest their ice for refrigeration in the summer. 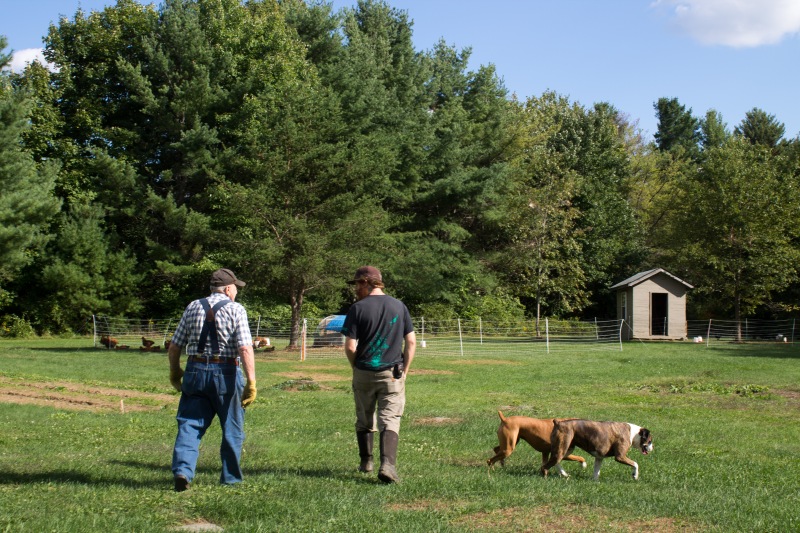 For the past year, while we’ve been tripping over old barb wire and finding old tractor parts as we dig in the dirt, it makes you think about the people who lived here. 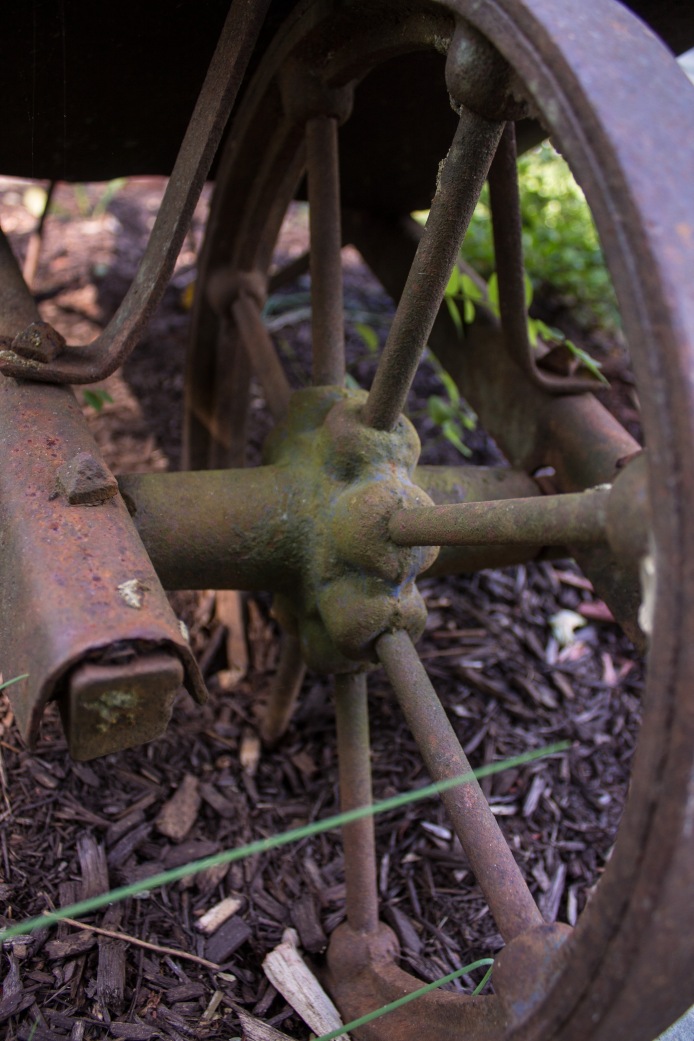 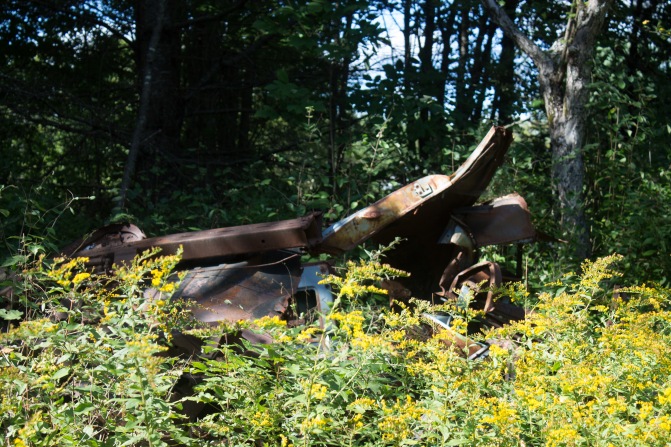 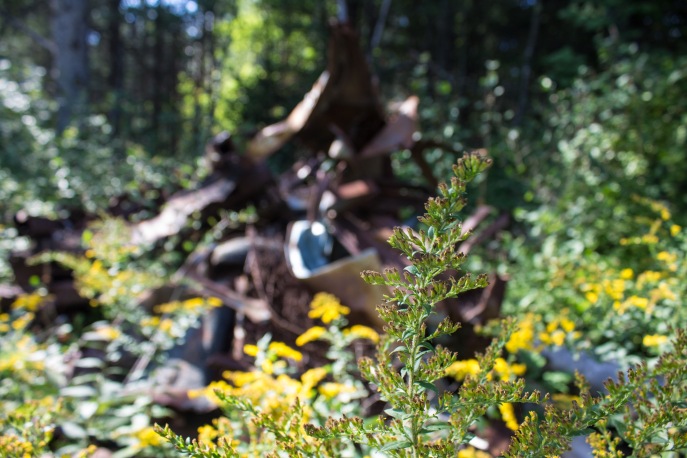 In addition to the farm dump (which has been fun to dig through, especially last year when I was looking for vintage bottles for our our wedding) there is a barn that served as a shingle mill at some point.  It has been a jackpot of cool and also useful things…  We’ve found electric fence insulators, old doors, dog sleds, antlers, hinges from old doors, drawer pulls and knobs of all sorts!  It’s a bunch of junk to most people but I think it’s a crafters ultimate dream land! 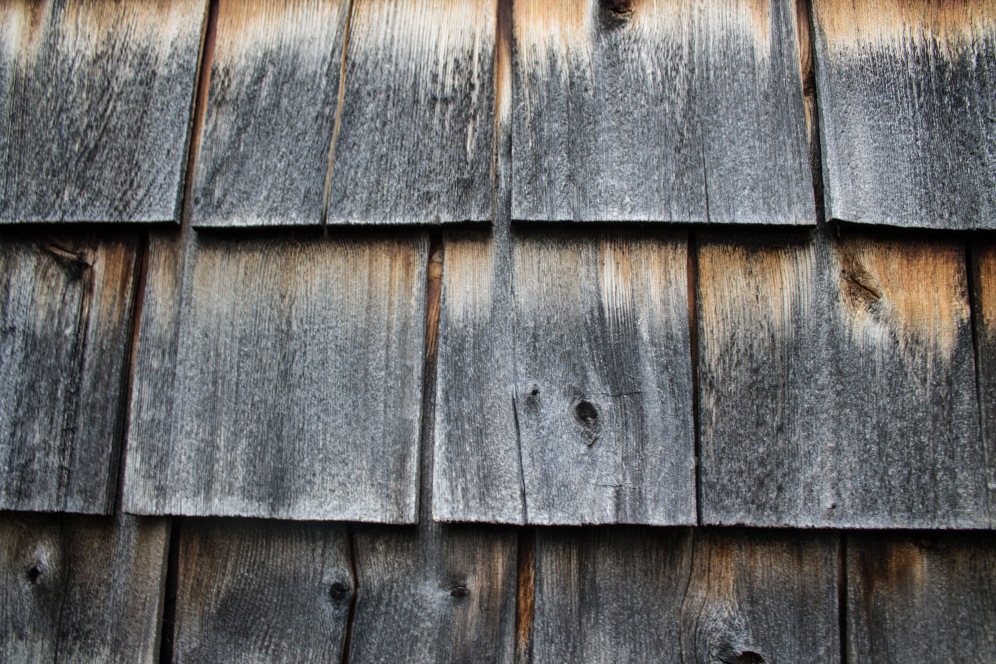 Also left behind is some of the equipment and tools that were used. 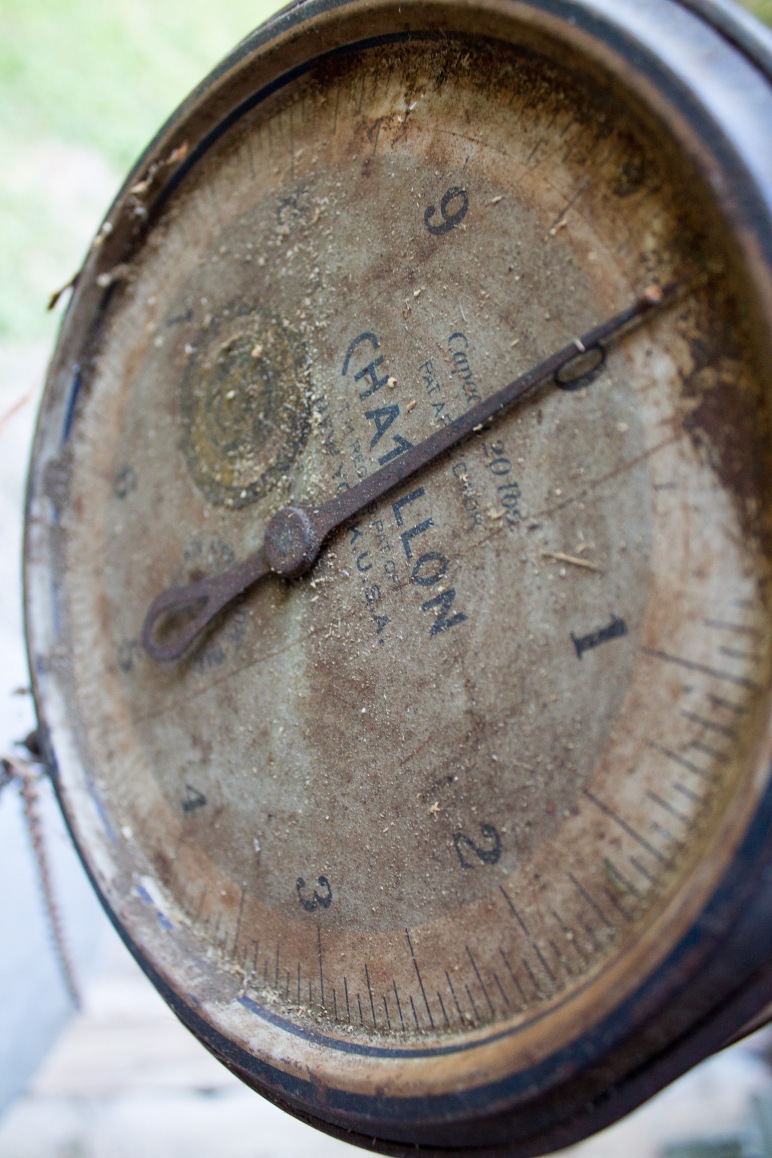 We’re both so happy to have learned all of this history of the place where we live and work and the land that has produced a way of life for many generations.  Our elders are important resources to learn about the past.  Even though the small scale, diverse farm might have our ancestors scratching their chins, I think they’d be proud!

5 thoughts on “The History of Spruce Mill Farm”